This article was published at lifewithoutschool.typepad.com by Jenna, mother of three homeschoolers 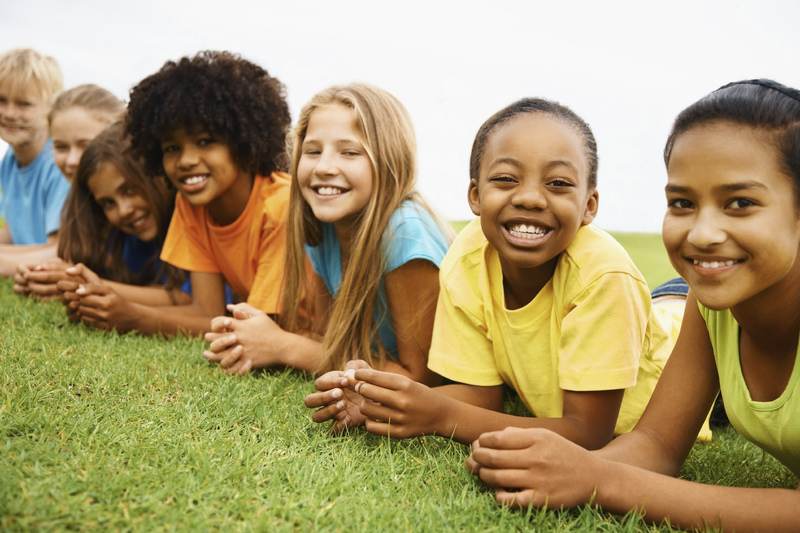 I met my first home schooler in 1990 when my oldest was around one year old. Because I was trained as a classroom teacher, I viewed her with quite a bit of curiosity. She had school desks in her kitchen and educational posters hanging in her hallway. Hmm...school at home? I liked the idea, but I just wasn't sure it was educationally sound. It had been a few years since I'd graduated, so I went to the library and consulted some of my favorite educational theorists. What stuck out to me was the social engineering behind schooling and the overarching goal of "making good citizens." It sounds nice. I didn't want Peter to grow up to be a bad citizen, but I also wanted him to have a free mind and be willing to follow in the footsteps of Thomas Jefferson or James Madison, standing up to his government if that's what his conscience dictated. I didn't want him to melt into the crowd and become another cog in the social machine.

That imagery reminds me of several Calvin and Hobbes cartoons by Bill Watterson. One of my favorites shows Calvin holding a snowflake for Show and Tell, a "unique and exquisite crystal that turns into an ordinary, boring molecule of water...when you bring it in the classroom..."

But socialization is good. Why keep kids from it? I think we have a narrow view of socialization. Here are some definitions:

From the Encyclopedia Britannica:

Socialization: the process whereby an individual learns to adjust to a group (or society) and behave in a manner approved by the group (or society). According to most social scientists, socialization essentially represents the whole process of learning throughout the life course and is a central influence on the behavior, beliefs, and actions of adults as well as of children.

From The New Dictionary of Cultural Literacy:

socialization
Learning the customs, attitudes, and values of a social group, community, or culture. Socialization is essential for the development of individuals who can participate and function within their societies, as well as for ensuring that a society's cultural features will be carried on through new generations. Socialization is most strongly enforced by family, school, and peer groups, and continues throughout an individual's lifetime. (See also acculturation.)

Socialization is a life-long pursuit of learning how to function in your world, wherever that might be. But are schools the best place or the only place a child can be socialized?

To help me decide, I thought through a typical day at school. The child enters a classroom in the early morning, has an assigned seat in which he is to sit and be quiet and pay attention for about 50 minutes. Then a bell rings and he moves to another classroom (I know, early elementary classes don't usually change rooms, but stick with me). There he sits quietly, pays attention, the bell rings, repeat. If he tries to socialize during these classroom periods, he gets reprimanded.

What might my child learn from this daily, weekly, monthly experience? I think he'd learn to pass notes when the teacher isn't looking. I think he'd learn ways around the system that keeps him sitting still and quiet for hours, trying to focus on things he's not interested in. I think he'd bond with kids his age because they are all trapped in the same system, with no voice for real change, trying to make the best of their situation. That bonding would alienate him from kids in "other groups," and he'd learn to resent the adult in the room.

If that sounds too negative, a good student who seems to cope well in school learns to "play the game" to get the grades and teacher recommendations to get into a good college. He also learns to view his peers as competition and probably won't be too willing to help them succeed.

Eventually, he finishes 12th grade and graduates. He'll probably go on to college, where he'll experience a little more freedom in his day. In fact, he'll probably be so relieved that he'll have to fight the "caged animal set free" syndrome I see everyday here in my university town.

Then finally, graduation from college and on to a job! But wait, at his job he won't switch topics every 50 minutes. And he'll have to talk to and relate to people of all ages. In fact, that same-aged peer group has now scattered. He's on his own, skilled at bucking the system but not improving it, and forced to make decisions when most of his life has been dictated for him. Where's the preparation and "socialization" in that?

I had (and continue to have) other concerns about doing school the traditional way. I wonder about personality numbing, that phenomenon that occurs after a few years of schooling when your playful child becomes afraid to show his true self to his peers. I see it as a rainbow becoming shades of gray so it blends in and won't draw attention to itself. I also wonder about unhealthy coping mechanisms that go undetected because parents aren't around their kids during the day and because teachers have their hands full. And I am concerned about over-worked, disrespected teachers who are poorly paid and expected to perform miracles with thirty kids of various abilities.

I wanted to give my child a chance to experience life without any of these concerns. If I would become a student of my child and give him all the encouragement and opportunity possible, I believed he would flourish. If he could take park district classes, music lessons, volunteer at the local historic site, join non-school sports teams, or get involved in community theater, I believed he would become confident in his abilities and know how to work with people of all ages. If he was allowed to delve deeply and uninterrupted into his interests, I believed he would learn how to find answers, would love the process of learning, and become an expert in many areas. At least that was my theory when I started.

And so far, with my kids, I was right.